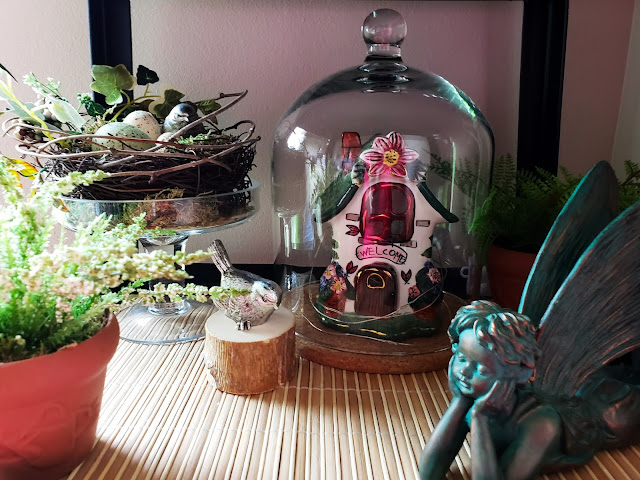 Am I the only one who cringes when they hear or read about making New Year’s Resolutions?

Don’t get me wrong — I am an optimist by nature, and I love the concept of a fresh start, a new beginning. In fact, one of my favorite literary quotes is:

“Isn’t it nice to think that tomorrow is a new day with no mistakes in it yet?”

If you guessed that line is from the novel Anne of Green Gables, authored by L.M. Montgomery, you are correct!

So, what is it about the idea of New Year’s Resolutions (NYRs) that gets under my skin? Perhaps it’s because the primary NYR in question is nearly always about “losing weight” and/or “getting in shape.” It does make some sense, because many of us (in the U.S., at least) have been “celebrating” over the past six weeks and have given ourselves permission to eat and drink with varying degrees of abandon. By New Year’s Day, many of us feel a bit bloated and our clothes seem a little more snug. We are often actually relieved at the idea of a little abstinence. Salads sound more appealing than usual; desserts, not so much. Of course, the allure of abstinence lasts only a day or two! Still, there is nothing wrong with wanting to lose some excess body fat or otherwise improve our health. So, what’s my problem? I’ve been mulling over this for a few weeks and several things about my ambivalence toward NYRs came to mind:

Six years ago, I embraced my NYR with hope in my heart. And — surprise — it finally worked! I reached a weight loss total of 130 pounds and I’ve maintained it for going on four years. Yay! But why did it work this time and not the others? What was different, other than the result?

A New Way of Thinking

Some of you may have already read my story, but the short version is that a little more than six years ago, I suffered from a prolonged illness. At one point, I feared that I was dying. When I began to recover, I felt like I had been given a second chance and had a strong desire to maximize my quality of life by improving my health. Because of previous successful weight-loss experiences, I knew that I would return to some form of a low carb way of eating. I was also ready to resume the workout regimen that I had begun several years before. I was motivated by this desire to be as healthy as I could be, whatever that was. Of course, I was hopeful that I would reduce my body fat, but that wasn’t the end goal. I didn’t really have a specific goal, other than to maximize my quality of life by improving my overall health.

Let’s talk about the "D"-word for a moment. DIET. Yikes, it’s almost as loaded a word as resolution! Merriam-Webster defines “diet” as:

When most people see or hear “diet,” they think of the last definition, which is precisely the problem. This kind of “diet” doesn't work in the long run because it relies on cutting calories, hunger, and deprivation, which is simply unsustainable over time. Unfortunately, if the approach is temporary, the results will be temporary as well. I needed to find a way of eating that I could live with for the rest of my life. When I realized that changing the food I ate would change my health for the better and that weight loss was merely one aspect of that, it was a paradigm shift for me. Suddenly, weight loss (fat loss, really) became a strategy — a perk, even — not the final destination. What I could not imagine at the time was how much my new way of eating would improve my health, even before any significant weight loss occurred.

Even for those of us who already believe that a low-carb dietary approach is the way to go, there are so many variations that it can be a bit intimidating. I can’t say that there is an ideal formula for everybody, or even for myself. What helped me tremendously was to read books and blogs, and adjust my approach as I went along. One of the most pivotal books for me was Grain Brain, by neurologist David Perlmutter, MD. The main principles of Grain Brain, and similar approaches, go beyond how I had interpreted low carb in the past. It encompasses removing gluten and grains and embracing whole (non-processed), quality sources of protein, healthy fats, and low-starch vegetables while minimizing fruits and higher-starch vegetables. While I have tweaked the tactics along my weight-loss and maintenance journey, including the number of carbs (total vs net), protein (lower vs moderate), and fat, I think it helped me to start as simply as I could and experiment when I was ready.

One of the most important things I learned is that I didn’t need to be perfect to be successful. However, it did help to try to incorporate the principles 100% of the time. Even then, because I am far from perfect, I ended up at around 90/10. If I shot for 80/20, I’d find myself at 70/30 and that just didn’t work for someone as insulin resistant as I am. When I stumbled, I tried to learn what I could from my mistakes and move on. It never helped to beat myself up. However, it also never helped to give myself too much leeway ahead of time.

I am still a keen reader of low carb books and a follower of blogs and podcasts. Not only are they interesting and full of new studies and nuanced perspectives, but I’ve also been inspired by the stories of so many people who have transformed their lives simply by changing the way they eat. The impact of food on health (both positive and negative) is far more powerful than I ever realized. As a foodie and avid cook, I also discovered many recipes and ideas that help me change the foods I eat without feeling deprived. I enjoy the way I eat now every bit as much, if not more than I used to!

My Top 5 Tips for Success

Do you want to improve your health? If so, what are the specific areas you hope to change and how will that make your life better? Perhaps you want to reduce or eliminate medications, or reduce the likihood of future health issues. Do you want to lose body fat? Perhaps you’d like to be able to be more active, or look and feel better in your own skin. How will this make your life better? Knowing the reasons that motivate you to make the changes will help you push through the times when it feels like work or when you feel stuck. Once you are clear on not only what you want to change, but more importantly why, you can then can develop a plan that will move you in that direction and tweak it, as needed, along the way.

It wasn’t your fault. Truly. Stop blaming yourself. Traditional approaches to dieting are doomed. Prolonged hunger and deprivation is not sustainable, even for the most disciplined person. Not only that, low calorie diets can change your metabolism in ways that make it harder to keep off whatever body fat you do lose. Temporary solutions yield temporary results.

In my experience, exercise doesn’t have that much of an impact on fat loss. It’s primarily about what you eat and what you don’t eat (and to some extent, when and how often you eat). In fact, viewing exercise as a way to try to outrun a poor diet just gives exercise a bad rap and causes it to feel like punishment. I now view work-outs not as drudgery, but as another way keep me healthy, strong, and able to do fun things I enjoy, as well as a very effective way to manage stress. If you’re obese to the point where it is difficult to exercise, it’s perfectly reasonable to focus on losing some weight first, then gradually adding exercise for overall health and stress relief.

Blogs and Facebook support groups can be helpful. This dietary approach is very different from how most people eat these days. Other people probably won’t understand what you’re doing or why you’re doing it. Who cares? They may think it’s a ridiculous approach or unsustainable. It’s not. They may think you’re weird or being difficult when you choose not to eat certain foods. You’re not. They don’t have to agree with, or even understand, what you’re doing and why you’re doing it. It doesn’t matter. It can feel kind of lonely sometimes, especially at food-centric social events (pretty much every social event there is). Connecting with like-minded folks, in person or online, can make a difference. Deb and I started this blog last Spring to offer another resource and way to connect for others on a low carb/grain-free/whole foods path. In addition to developing and sharing great recipes and cooking tips, we endeavor to compile useful resources, such as tips on getting started, as well as specific books, blogs, articles, and products that we have found helpful to us. We also have a facebook page and share additional content there.

Making big changes to the habits of a lifetime is a “two steps forward, one step back” process. You don’t have to be perfect. You don’t have to change everything at once; in fact, it’s usually better to change a few things a time. Just get started, and keep moving in the right direction. You will make mistakes. A lot of them. In the process, you will learn what works for your body and your lifestyle. You fail only when you stop trying. You can do this!